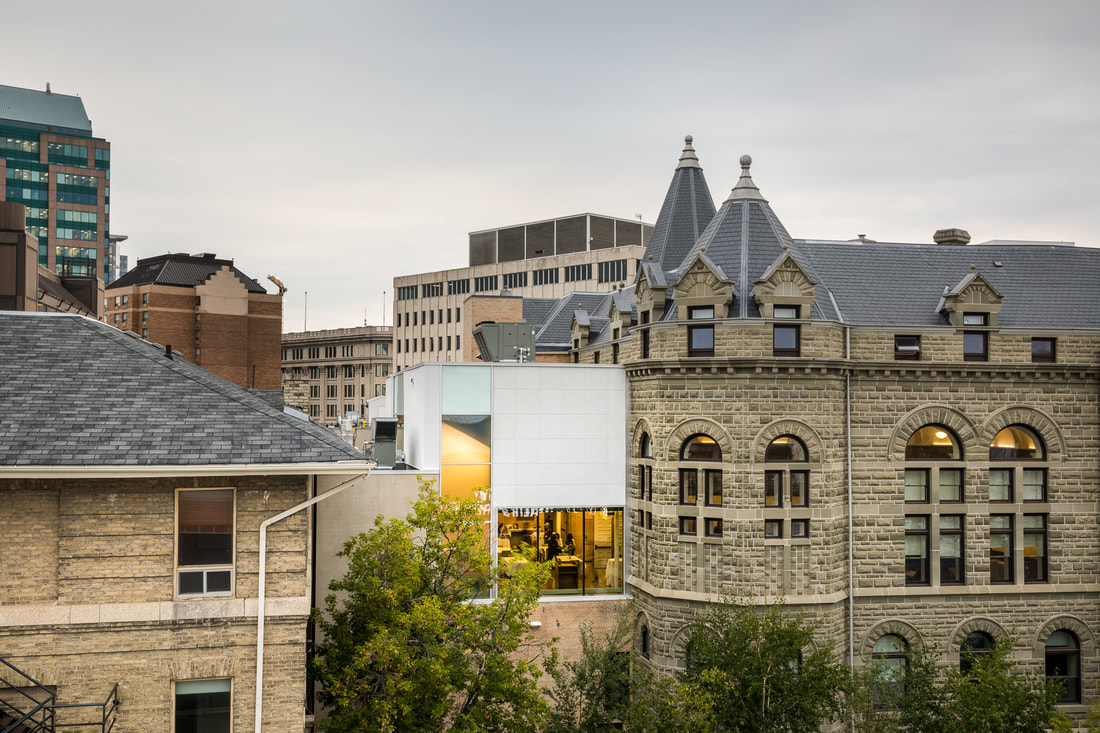 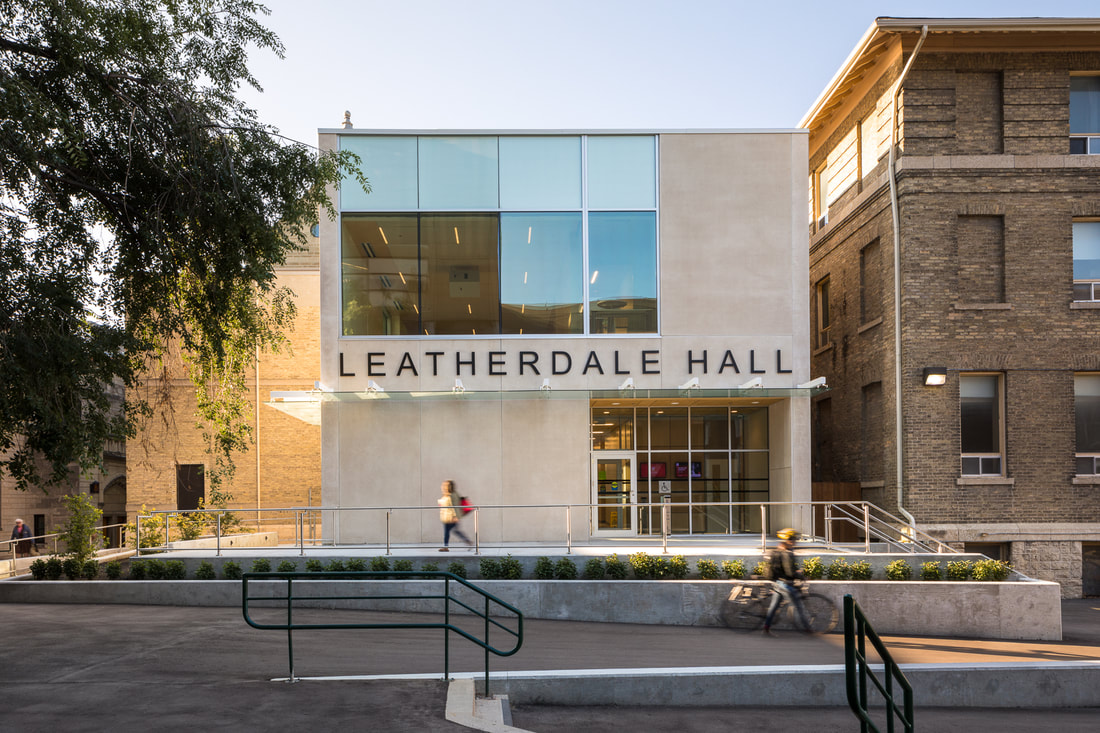 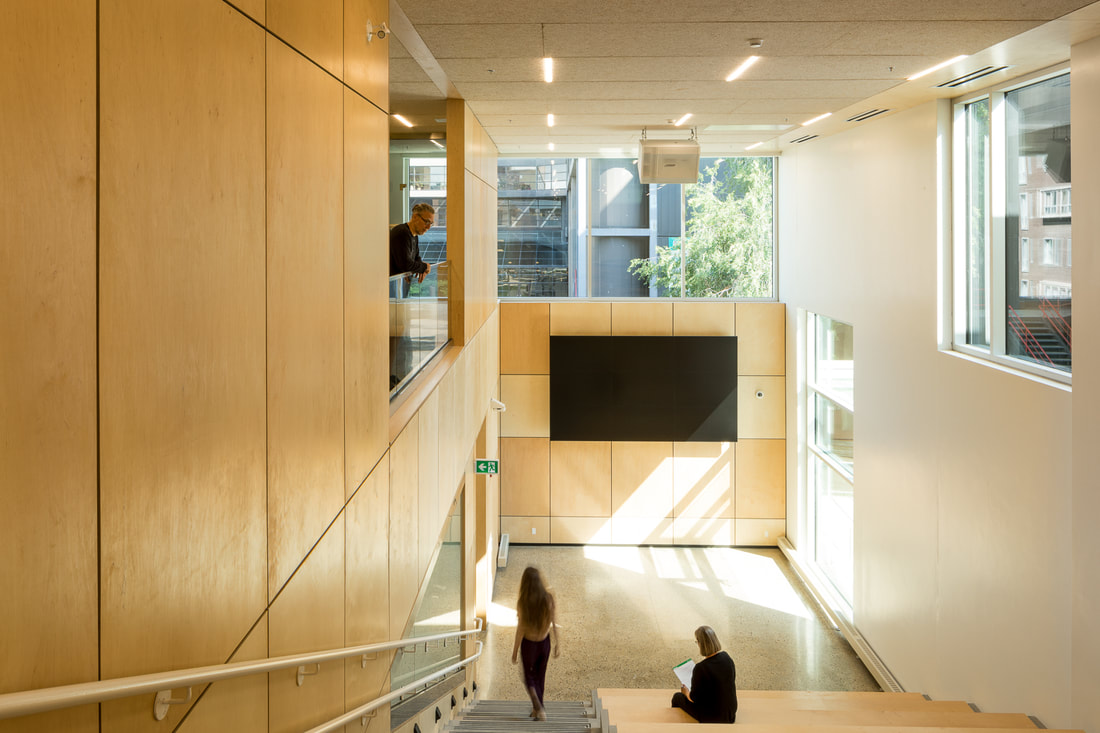 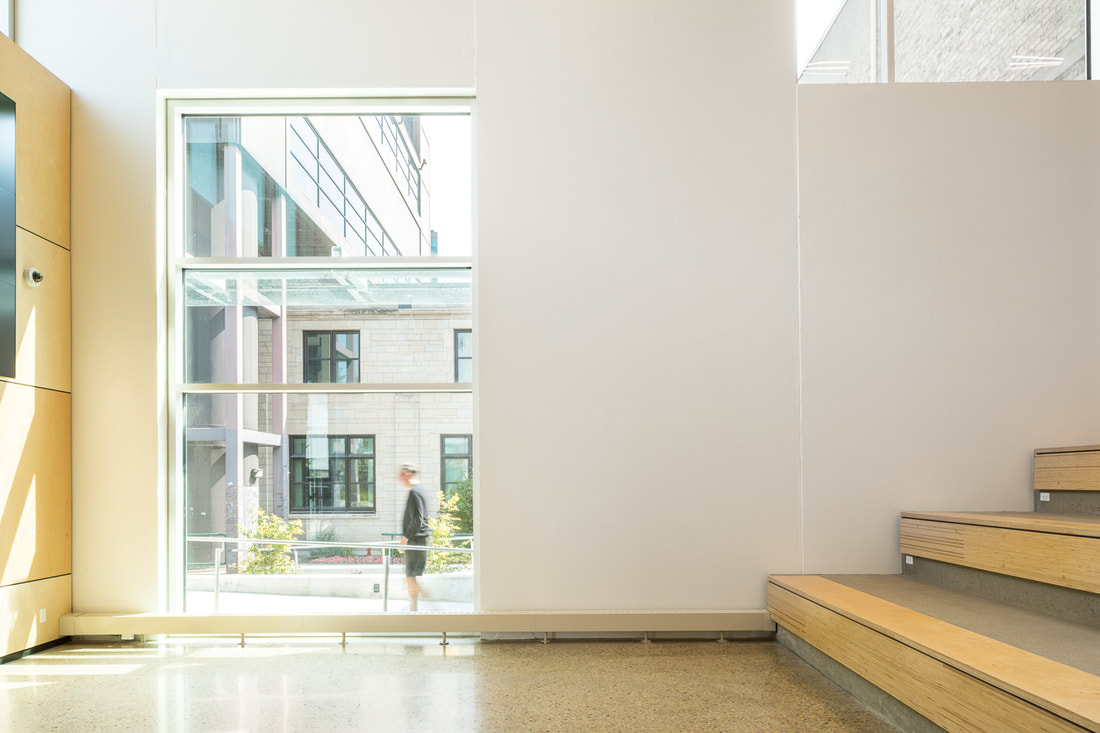 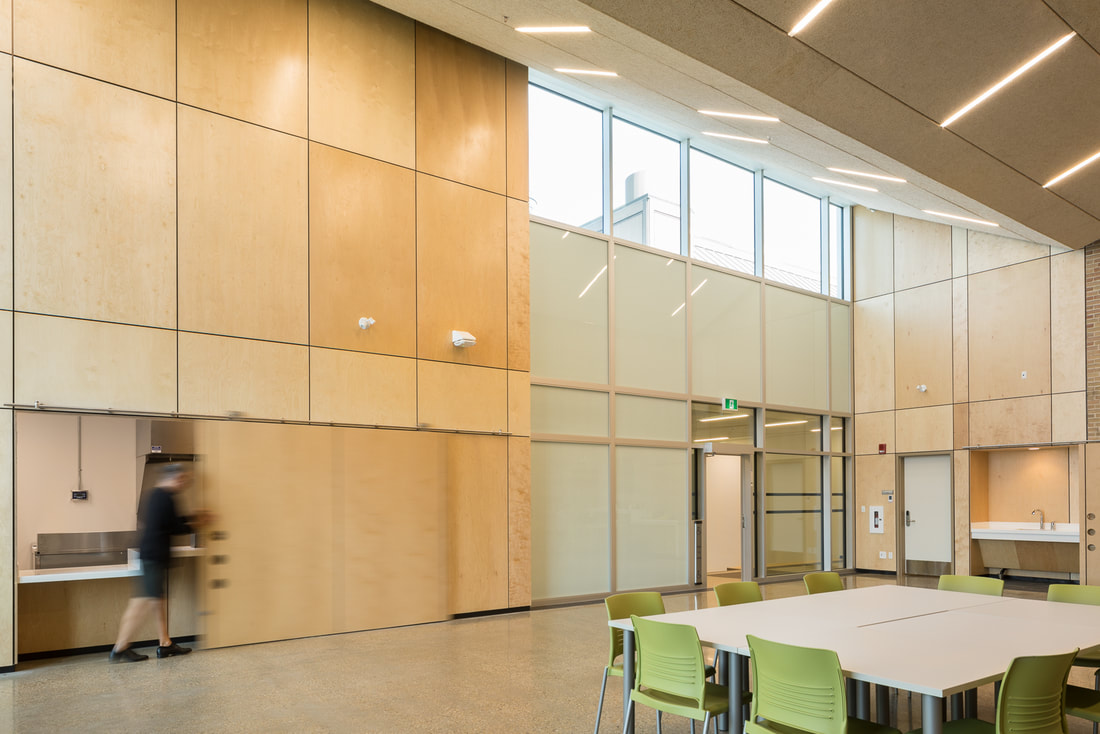 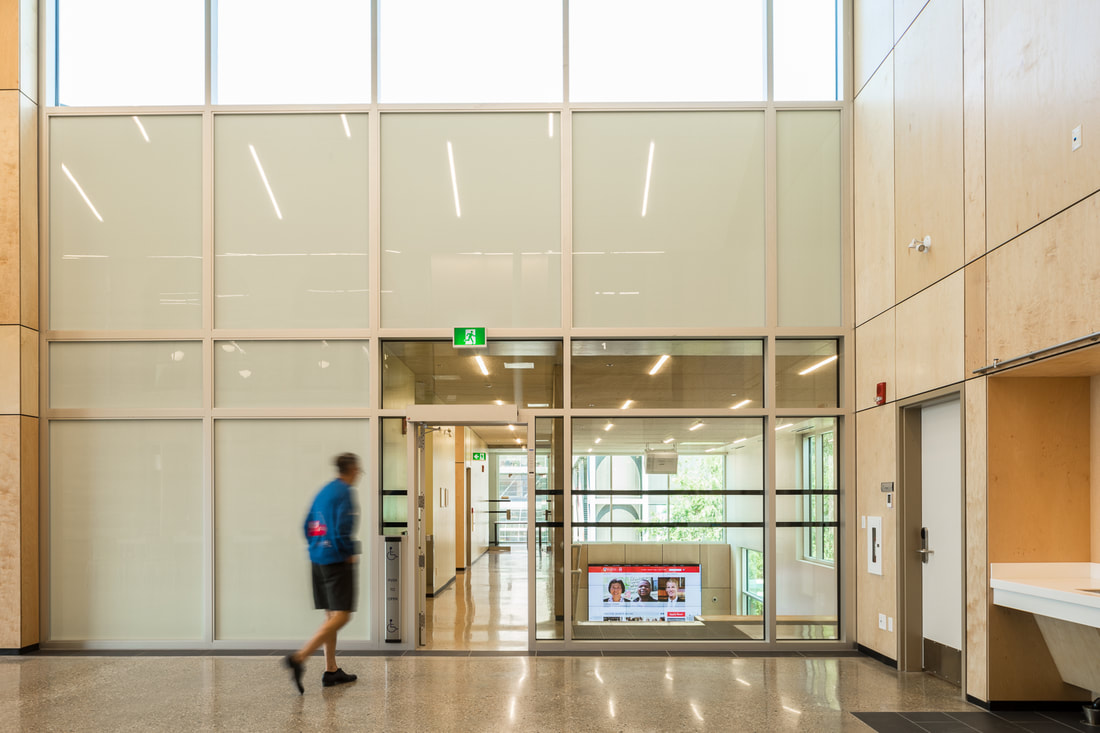 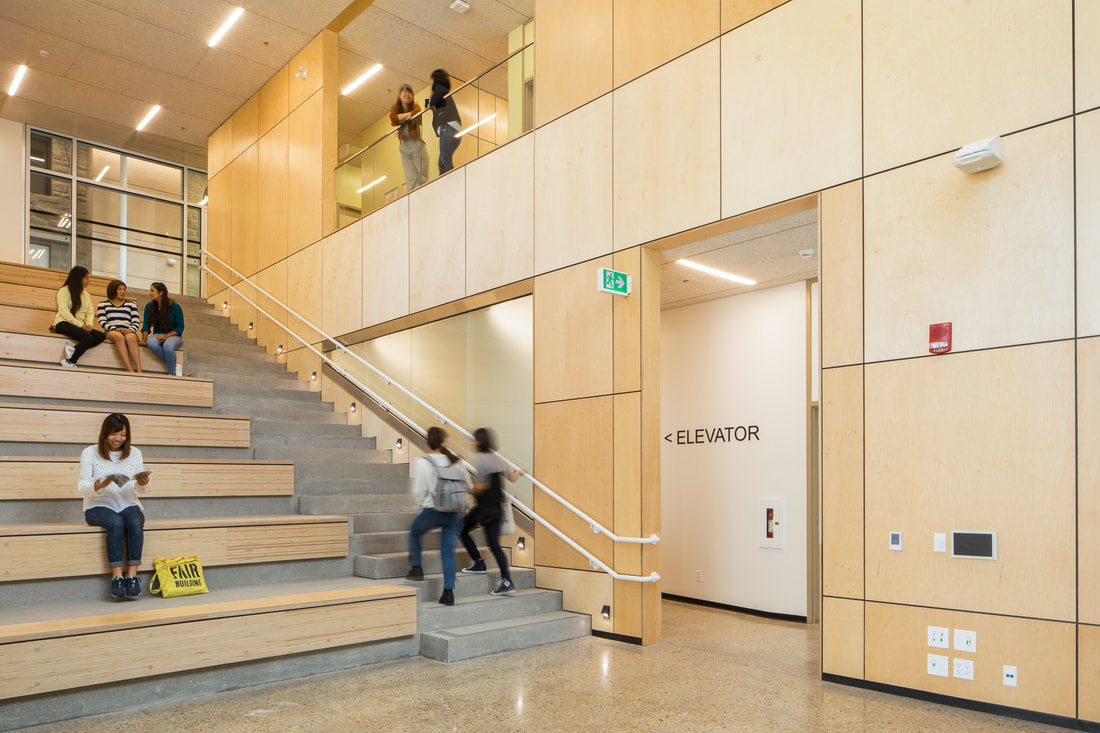 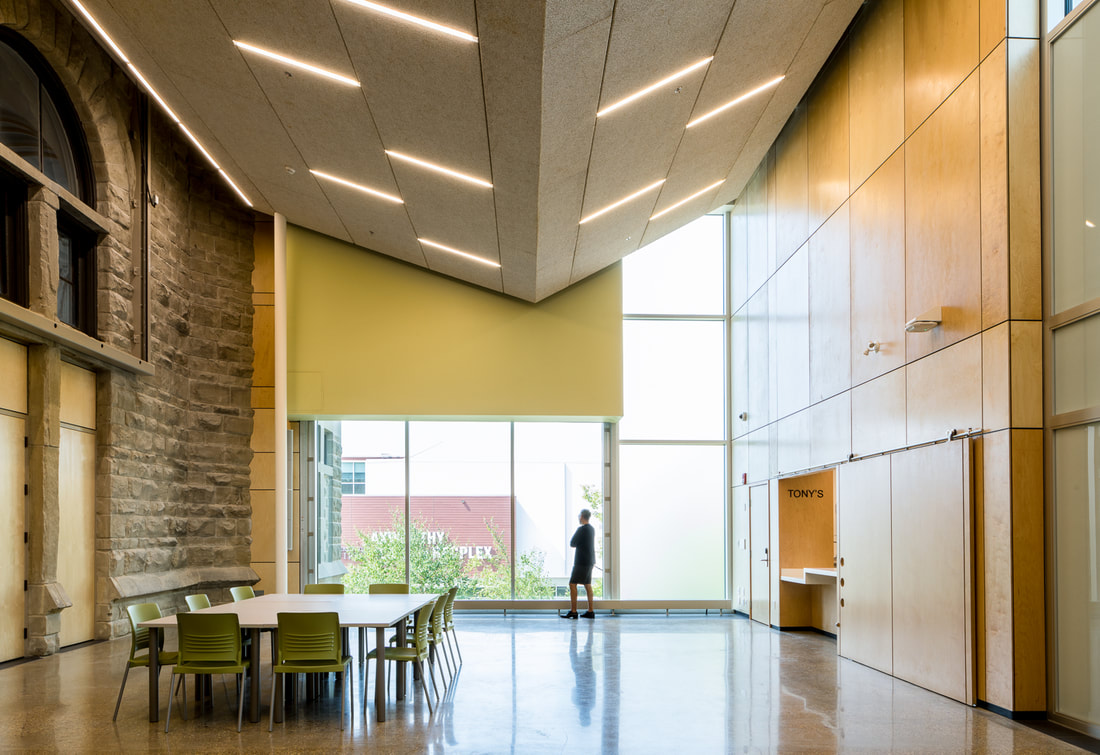 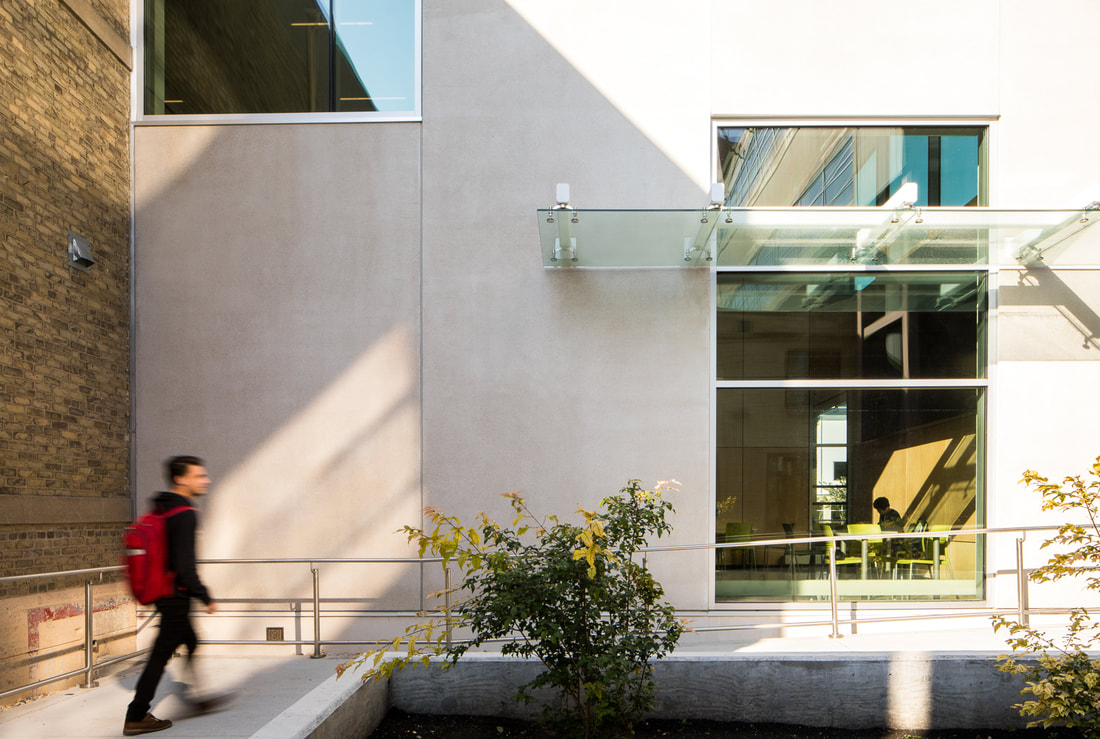 Leatherdale Hall is  a $ 4.75 million-dollar addition to The University of Winnipeg’s Wesley Hall and the UW Collegiate high school on campus. A generous lead gift of $2.5 million in November 2015 from the late Dr. Douglas W. and Mrs. Louise Leatherdale attracted additional support for this project through a fund-raising campaign, co-chaired by Dr. Jim MacDonald and Dr. Jim Richardson, UWinnipeg Foundation Board Members and the University of Winnipeg.  Connected to Convocation Hall, the new flexible multi-use space seats 150 people and can be converted to a lecture hall for UW Collegiate and UW academic programming, reception area, and break-out area for conferences. The design allows for future development of a digital media hub. 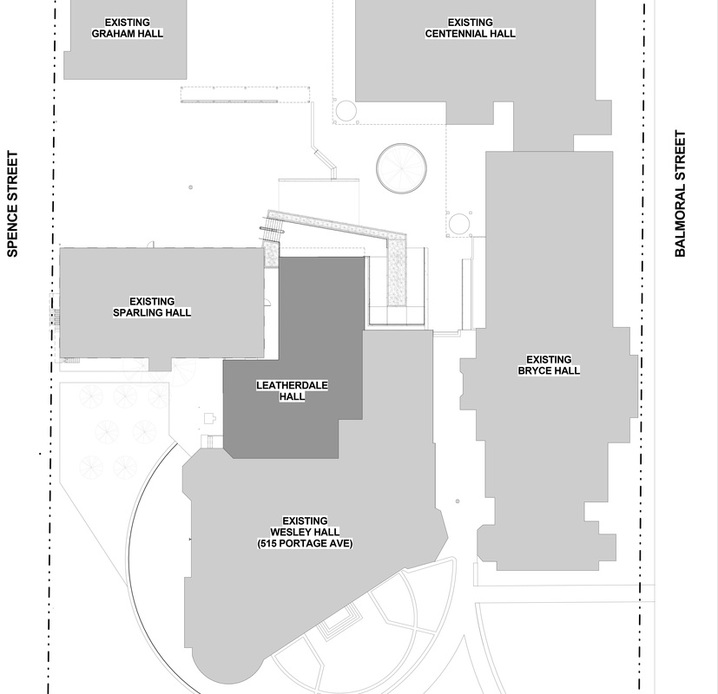 The Leatherdale Hall site prior to construction